Each spring Tucson hosts a small-ish soccer tournament called the Mobile Mini Sun Cup. This year was great because my beloved Timbers returned and so did our natural rivals from Seattle.

It’s pretty much an MLS version of the Cactus League involving several MLS teams, Phoenix Rising (USL), and FC Tucson (USL League One) playing a round-robin format and numerous second- and third-team exhibitions in between. Each team only plays a few ‘cup’ matches so it seemed natural that Portland vs. Seattle would be on the schedule.

Timbers have all kinds of regional groups on the West Coast, including Arizona. The Desert Corps was pretty organized and did a good job getting everyone informed about events via FB and Twitter well in advance. So Ann and I joined them at the well-attended tailgate. Here’s a shot of us, and my newly acquired DC scarf. 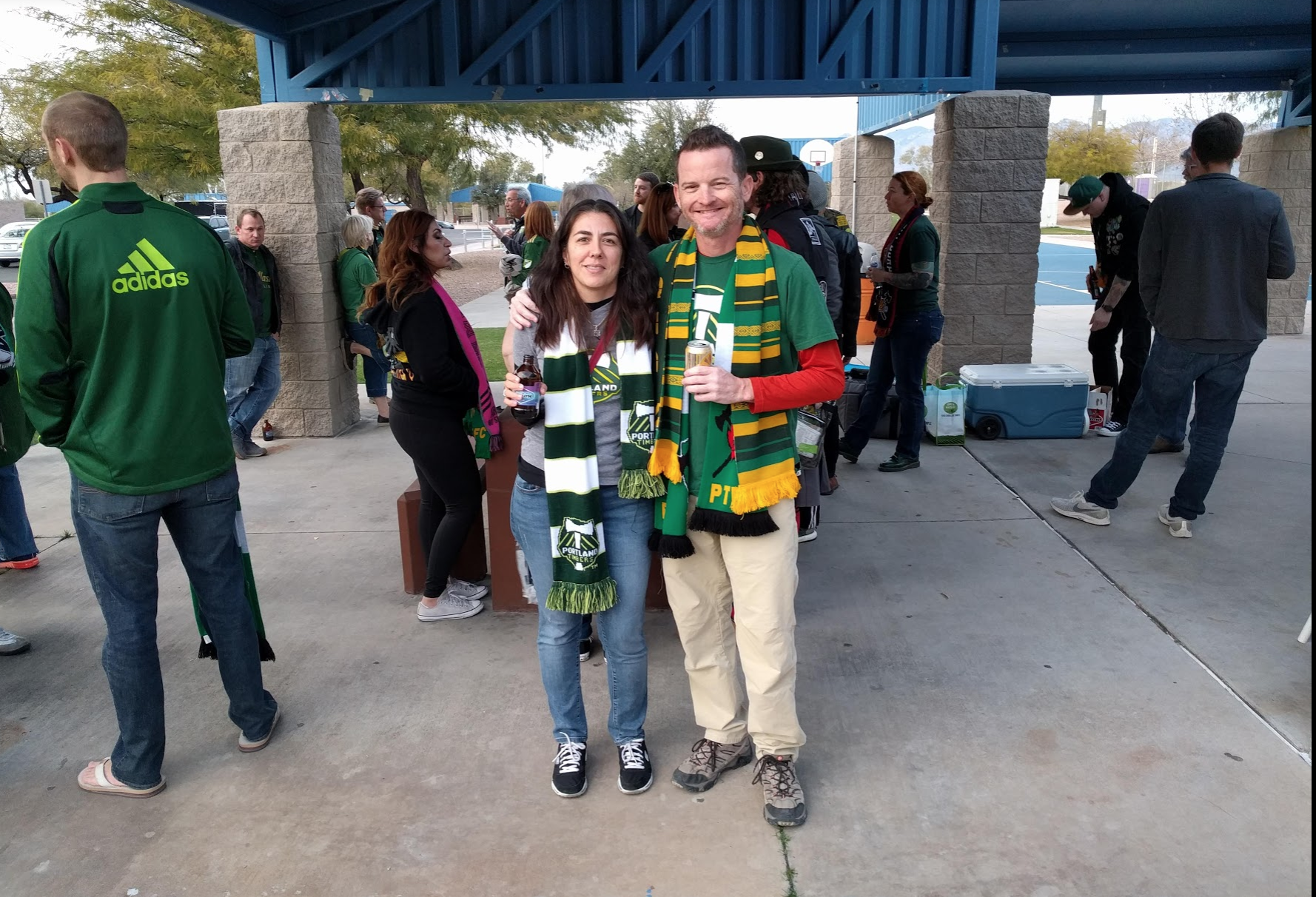 Throw in a cooler full of beers and some grilled meats. Good times and a pretty social bunch of folks.

Gametime was pretty exciting. It may be just a pre-season game but the Timbers Army still did its thing. We occupied (almost) the entire section, rolled out a fine TIFO after the national anthem, and kept the chants running through the whole match. Speaking of which, Portland won 2-1 with goals by Diego Valeri (PK after Andy Polo fouled in the box) and Jeremy Ebobissie (assist by Dairon Asprilla).

Next up for Portland is NY Red Bull this weekend.